Who Is On Old Ten Dollar Bills?

We also purchase all old ten dollar bills.  If you need an offer, then please send us an email with pictures of what you have.  Sales@AntiqueMoney.com

Abraham Lincoln
Lincoln is the only person ever be featured on a ten dollar bill during his lifetime.  He appeared on the earliest notes issued by The United States.  Bills from 1861, 1862, 1863, and 1864 all have Lincoln’s portrait on them.

Benjamin Franklin
This is probably stretching it, but Benjamin Franklin was actually featured on the ten bill for more than forty years.  Ten dollar bills printed between 1863 and 1908 for the national currency line have Ben Franklin flying a kite at the bottom left corner of each note.  The year 1752 is just below him.  This is the same year he did his electricity experiments.  Most of these $10 bills will say 1875 or 1882.

Daniel Webster
Daniel Webster was featured on $10 bills printed for 1869, 1875, 1878, and 1880.  However, instead of being known as Webster notes, most people call ten dollar bills from those years jackass notes.  This is because if you turn the bill upside down then the engraving of an eagle starts to look a lot like the head of a donkey, aka jackass.

Michael Hillegas
One of the least recognizable people to ever be featured on a $10 bill is Michael Hillegas.  He was the central figure on 1907 and 1922 ten dollar gold certificates.  History has basically forgotten him.  However, he was actually the first treasurer of The United States.

Meriwether Lewis & William Clark
Most people associate the 1901 ten dollar bill with a bison.  However, it also had portraits of William Clark and Meriwether Lewis.  The two men were of course famous for the Lewis and Clark Expedition to the Pacific Ocean.  Each man is features on either side of the 1902 $10 legal tender note.  This is the only ten dollar note to have two different men on it as central figures. 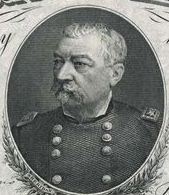 Robert Morris
Robert Morris is another one of the more obscure men featured on the $10 bill.  It is only fitting that he is shown on two equally obscure notes, the 1878 and the 1880 ten dollar bill. Both notes are rare, and the 1878 example is especially valuable.  Robert Morris is an important figure in both the early history of the United States and Pennsylvania.

Salmon P Chase
It sometimes feels like Salmon Chase is more often an answer to a trivia question than anything else.  Chase is most famous in the collecting hobby because he was featured on the 1928 and 1934 $10,000 bills.  However, several decades earlier he was also pictured on 1863 and 1864 interest bearing treasury notes.  It should be noted that he was in office when these were in circulation.  Today there is a law against such things. 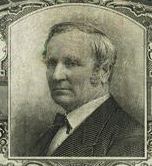 Thomas Hendricks
Hendricks is featured on $10 silver certificates from 1886, 1891, and 1908.  The earlier notes are more valuable.  Thomas Hendricks was the vice-president under Grover Cleveland.  He died in office in 1885 and he was featured on money just one year later.  That is a pretty quick turn around. 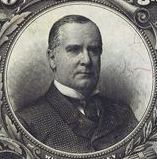